About NEWTON ON Railcam systems

Telescopic towers that move along a rail track is especially popular where a camera man would obstruct the view for other cameras and for the audience behind. The NEWTON stabilized head with its compact features is a discreet actor in this context and is often placed right by the stage, between the performance and audience. The slim profile makes the camera discreet while on air and the the low height enables it to be lowered out of view while off air. The NEWTON head perfectly integrates with for example the Egripment G-Track rail system with Starcam telescopic tower. Through our integration dongle, operators can control the telescoping with the NEWTON controller. This together with foot pedals, enables the whole rail/tower platform to be operated by only one person.

Without active gyro-stabilization in the camera head, the dolly track has to be laid out very carefully with the joints of the tracks assembled very precise. The NEWTON stabilization enables the track to be assembled more roughly and it also enables faster movement of the dolly, especially with an extended pedestal/tower.

The NEWTON stabilized head is often seen tracking runners or skiers on a fast dolly system along the sprint finish of race. The weather protected design makes the head reliable in for example snow during multi-day events. A growing area of use is on concert tours where the NEWTON camera cage enables the camera package to be transported balanced and tuned, for quick mounting on the head when rigging for next show.

On rail systems all connections are usually wired and the NEWTON camera head offer clean passthroughs for all broadcast signals. It is not a coincidence that the NEWTON system is used on the world’s most high profile rail cam assignments.

We sell NEWTON S2 stabilized remote heads for your existing rail dollies but also complete systems with various partners. We can also direct you to our customers if you would like to rent these solutions. 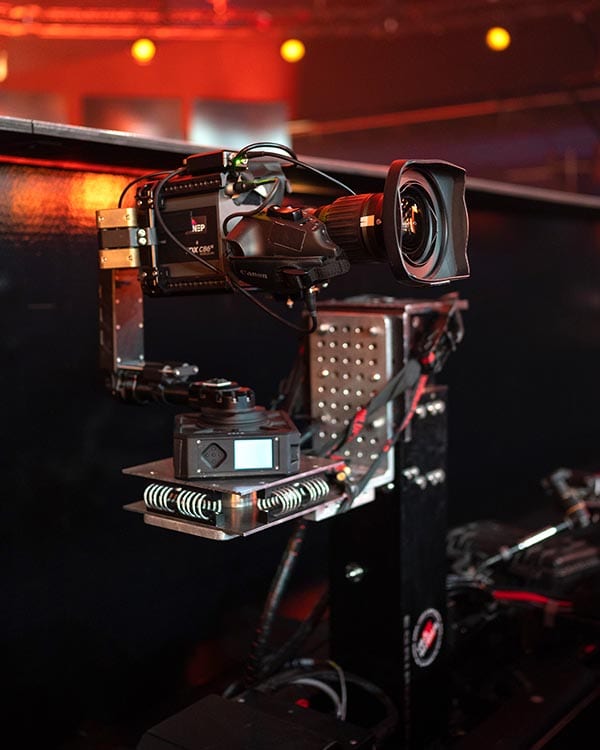 Compact so easy to hide while not live on air, here by the stage at show 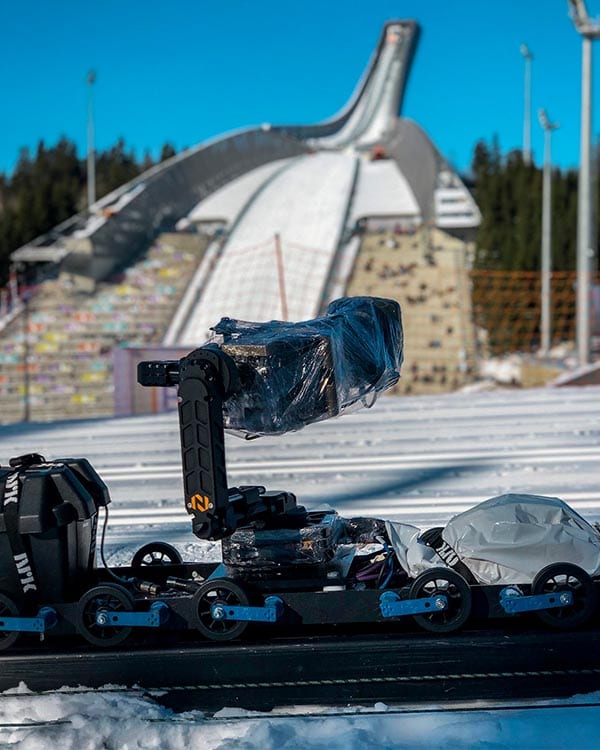 With the NEWTON stabilized remote head, I was able to zoom in much further than what I am used to and I could start with a head shot or half shot, then move out to the whole stage, without any vibrations at all. While other gyro stabilized heads are large and obtrusive, the size of the NEWTON head means I could hide it from the other TV cameras.