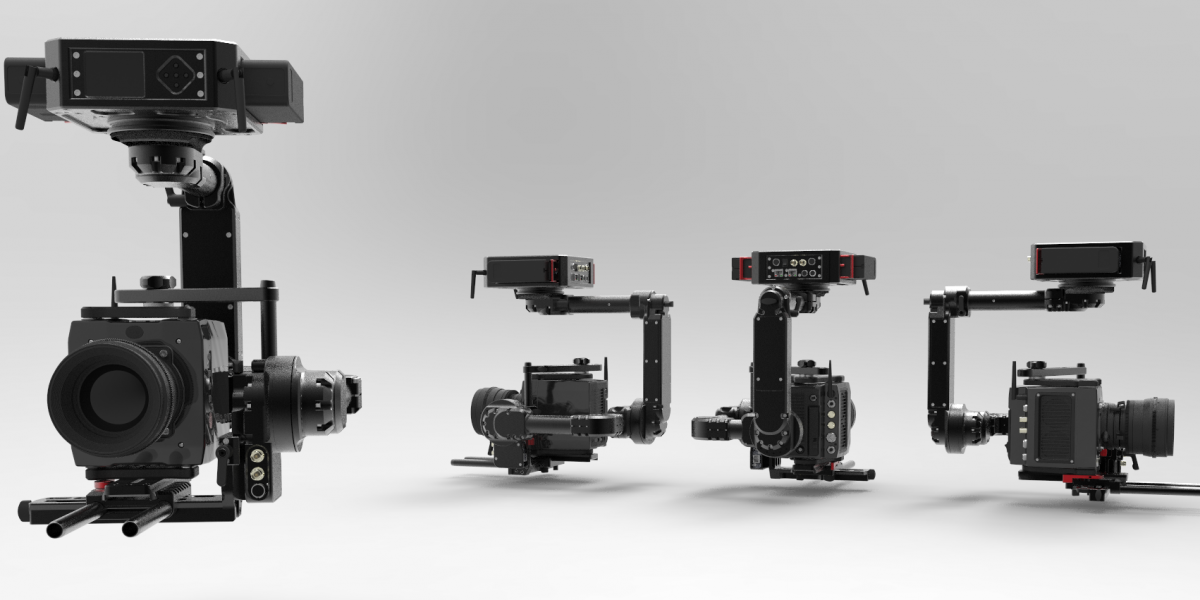 Intuitive Aerial AB (publ), the makers of the AERIGON™ aerial remote camera platform, will introduce its NEWTON™ gyro-stabilized remote camera head for professional broadcasters and cinematographers at IBC2015. This lightweight stabilized head complements the AERIGON and allows steady shots from a wide range of cameras and lens control systems whilst in motion on a variety of devices.

The rugged NEWTON is powered by Intuitive Aerial’s gyro-stabilization technology, has tool- and device-free handling, and is dust- and water-protected. The versatile 15 lbs. unit can be used on 1D/2D/3D wirecam systems, cranes, jib arms, dollies and shock absorber-equipped vehicles. It works equally well in stationary installations, such as arenas or TV studios as in remote, moving set-ups. NEWTON enables quick setup with an integrated camera quick- release, automated calibration, and hot swapping of batteries.

The NEWTON was successfully used in the live national broadcast of the royal wedding of Sweden’s Prince Carl-Philip last June, and it has already been selected as the number one choice by renowned broadcast operators. Skywalker Systems, a wire rig company that specializes in complex, high-speed, motion-repeated flying of high-end camera systems for film, broadcast and commercials, has purchased two NEWTON camera heads for use in a range of TV and commercial productions. “We’ve been searching for years for a lightweight, small, and easy-to-handle stabilized head to carry the most common film and broadcast cameras we use,” said Jan Konings at Skywalker Systems.

“We’ve used and tested almost every stabilized head out there, without finding what we’re looking for until now. Intuitive Aerial has produced a great, versatile stabilized head, perfect for our everyday jobs. With the trend of decreasing camera sizes, the NEWTON is the right choice of stabilized head for feature filmmaking and broadcasting.”

The NEWTON is controlled by Intuitive Aerial’s newly released DOMINION™ controller, allowing precise operation of the remote stabilized head, camera, and lens via dual-frequency wireless communication, enabling NEWTON and DOMINION to perform together in congested wireless environments, along with an optional control over fiber interface. This allows for complete integration into broadcast workflows on remote operation.

“For years we’ve been asked to provide a lightweight stabilized head tailored for professional motion picture and broadcast applications where flying UAVs isn’t possible or allowed,” said Robin Kahlbom, CEO at Intuitive Aerial. “With our recently launched DOMINION controller, enhancements in our stabilization technology, and optimizations in the design, we’re very proud to bring the NEWTON to market.”

Intuitive Aerial is known as the manufacturer of the AERIGON, its professional remote piloted aerial camera platform that has been used on recent productions including Avengers: Age of Ultron, We Are Blood (Brain Farm), and BBC’s Natural World Return of The Giant Killers. The company will bring its complete product line-up to IBC2015 in Amsterdam on September 11- 15. Visitors to IBC can see the NEWTON and DOMINION showcased in Vislink’s booth 1.A69. Intuitive Aerial will also run live demo flight sessions of the AERIGON in the new IBC Drone Zone on September 12 at 11:00 am and 4:00 pm.

About Intuitive Aerial AB (publ)
Intuitive Aerial is an international manufacturer of professional remote camera systems for high-end cinema and broadcast applications. The company makes the AERIGON, the industry’s first remote piloted aerial camera platform (UAV) for professional cinema, broadcast and commercials productions. The AERIGON has been trusted to fly cameras on feature films such as Into the Woods and Avengers: Age of Ultron and on broadcasts such as BBC’s nature doc series One Planet. It also manufactures the NEWTON, a stabilized remote camera head for broadcast applications. Both remote camera systems are controlled by the Intuitive Aerial DOMINION controller. Further, the company provides certification assistance and flight training for its customers worldwide.