NEWTON stabilizing vibrations and keeps the horizon level, on long days of filming from speeding boats

As the inhouse DP/producer Charles White explains in the video below, the video production team at Malibu Boats had previously difficulties in the creation of interesting footage of their boats in action out on the water. Charles White had tried several stabilized heads to mount on tracking boats but they all proved inadequate, resulting in shaky pictures and unstable horizon. In 2016, Charles White was introduced to the NEWTON stabilized head and finally found a head that could handle the sway and extreme maneuvers of the quick boat on water. He explains:

“What I noticed right out of the gate is that, with NEWTON, no matter what the boat did, no matter how fast the boat went, it was rock solid stable footage.”

The standard rig that Malibu Boats uses these days, for boat to boat tracking, is their NEWTON S1 stabilized head, mounted on a Flowcine Black Arm as the video below shows. At the occasion of the video, NEWTON was equipped with a RED Epic camera, a Fujinon Cabrio 19-90 mm lens and a Teradek RT lens control system, all integrated and operated through the NEWTON controller.

Malibu Boats is the world’s largest manufacturer of tow boats for watersports, used both recreationally as well as in water skiing and wakeboarding events. The company is headquartered in Tennessee, USA and has around 600 employees, including an inhouse video production team, creating their promotional material. 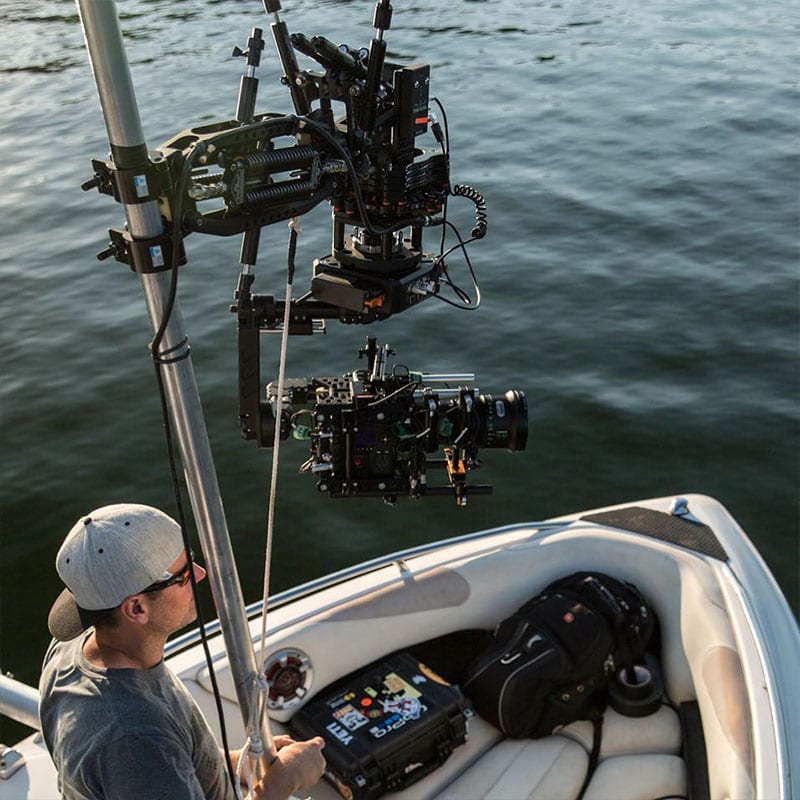 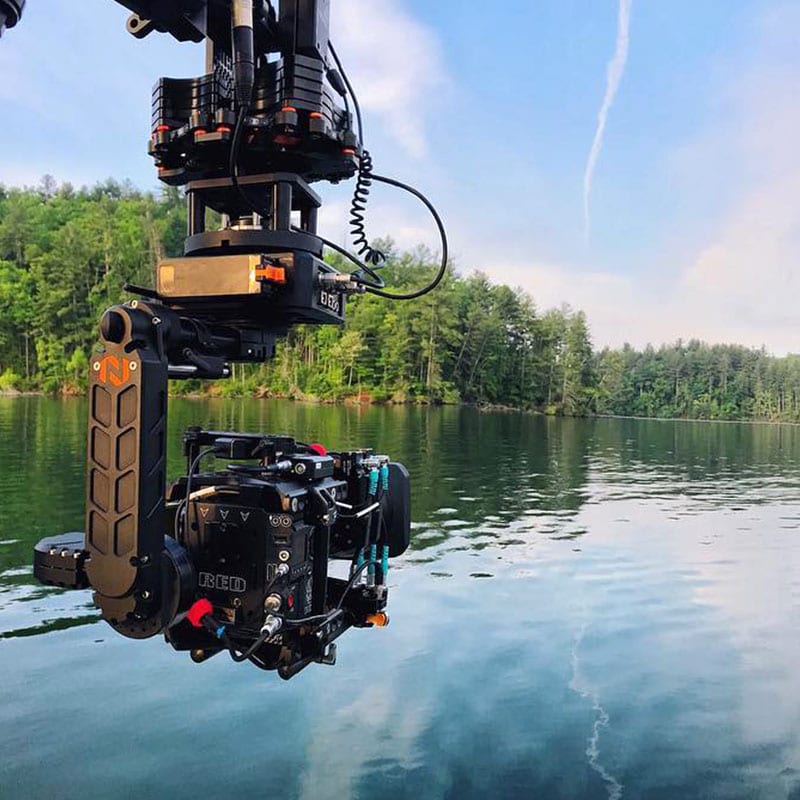