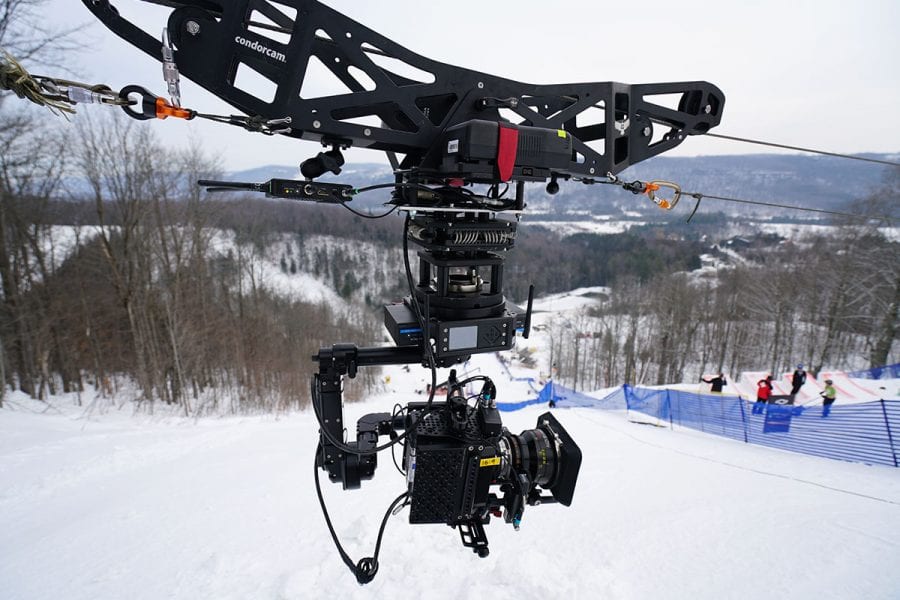 Molly’s Game is a feature film, released internationally in January 2018, starring Idris Elba, Kevin Costner and Jessica Chastain who also was nominated for a Golden Globe for her performance in the leading role. Moreover, the film received nominations for an Oscar and a Golden Globe for the screenplay by Aaron Sorkin, the writer behind several successful productions such as The West Wing, Social Network and Steven Jobs. Molly’s Game is also Aaron Sorkin´s directorial debut and the film features the true story of Molly Bloom, an Olympic-class skier who ran the world’s most exclusive high-stakes poker game and became a FBI target.

With the main character being a skier qualifying for the Olympics, a few scenes were set on a Freestyle Mogul course where the production desired unique looking tracking and overhead shots of competitors doing their ski runs. To capture this, they brought in the Denver based service provider Condorcam, known for their expertise in action filled camera movement and experience of cold snowy working environments.

For the footage, the production considered the use of drones but they were soon deemed too impractical, partly because of the hazard they would pose around the stunt actors and the many extras on set. Furthermore, the production requested repeatability in the camera movements, for retakes with different lenses. There was also a necessity to have the camera ready in an instant after long irregular pauses, in which a cable cam solution would prove more practical for achieving the desired shots. Condorcam spent two days rigging two cable spans to trees and truss anchoring points; one span diagonal above a ski jump and one straight down the slope for longer tracking.

Once the rigging was complete the production spent 3 days shooting the skiing scenes, with Condorcam being  on every top to bottom take, using a NEWTON stabilized head mounted on their own-developed cable cam trolley.  Jesse Placky, the founder of Condorcam describes the filming: “It was a bit of a challenge to shoot in the freezing rain and snowfall, making everything from battery changes to keeping the lenses clean more of a struggle. But despite that, we nailed our shots at the end of the day and it seems the production was happy with our performance as well.”

I will say that the NEWTON has allowed us to provide a superior product and to stay within reasonable rigging tensions, making our cable cam system a very safe installation on set. Furthermore, the NEWTON head and its controller have great integration with cameras and lenses both for cinema and broadcast purposes. Until the Molly’s Game shoot, we had only used NEWTON for live broadcast, which has worked very well for us. This project was the first test with a cinema package, more precisely a Arri Alexa Mini camera and various Panavison prime lenses. NEWTON worked great with this set up and gave us the confidence to make NEWTON our “go to” remote head for all kinds of assignments. 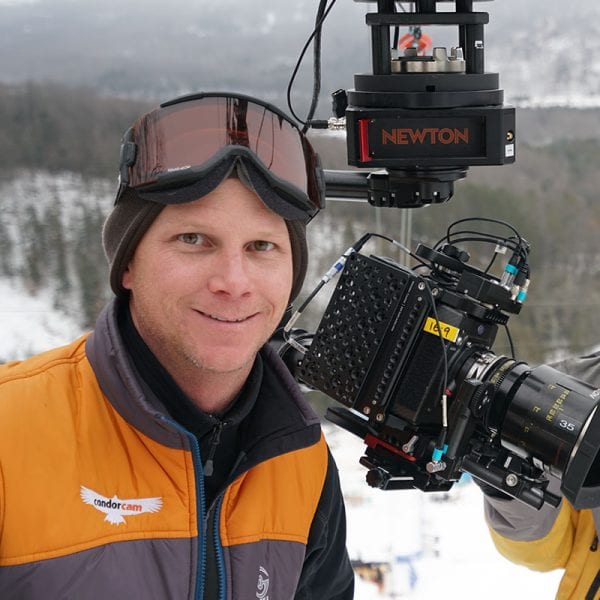 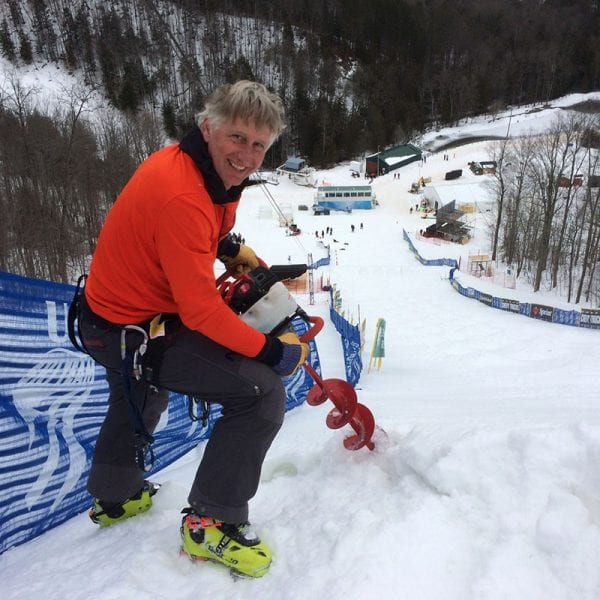