NEWTON ON RAIL and SPIDERCAM, ENABLING DYNAMIC FOOTAGE AT THE LIVE BROADCAST OF THE VMAS

The Atlantic Cine Equipment (ACE) is an American service provider, specialized in remote controlled cameras since 1986, with branches in New York, Baltimore och Los Angeles. ACE receives many prominent assignments, such as the Oscars, Golden Globes etc, and for MTV Video Music Awards, they set up both a 3D wire and a rail system for the live broadcast. Their 3D wire system is the Spidercam® Light  which is designed especially for smaller venues such as studios and indoor sport arenas, where the conventional Spidercam system is impractical due to low ceiling or other structural obstacles. NEWTON is the standard head of the Spidercam® Light package since its low weight results in a higher elevation of the camera, and this 4-point rope system can move a stabilized camera at 6 m/s in a range of 70 x 70 m.

The rail system, on the other hand, was their SlotRunner, which through a linear gap in the stage floor enabled NEWTON to slide on top of the stage, delivering low angle shots of the artists from a only a few feet away.

MTV Video Music Awards is star studded show, honoring the music videos released during the previous year and in 2017 it was the 34th annual event, held on August 27. Katy Perry was hosting the event at The Forum in Los Angeles and the music video for Taylor Swift’s song “Look What You Made Me Do” premiered during the show. The live broadcast by Viacom was seen by “only” 5.7 million viewers but streaming services have afterwards substantially raised the viewing numbers; for example the video below has, at the time of writing, 19 million views. 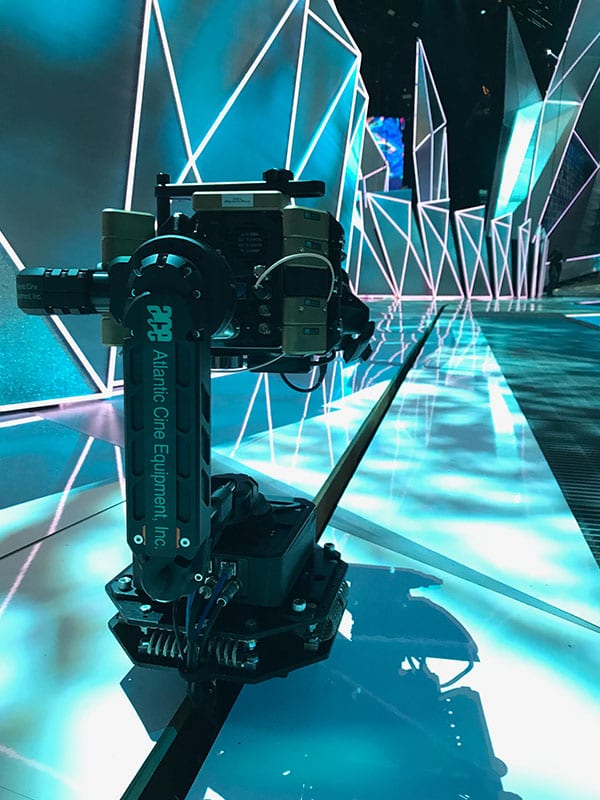 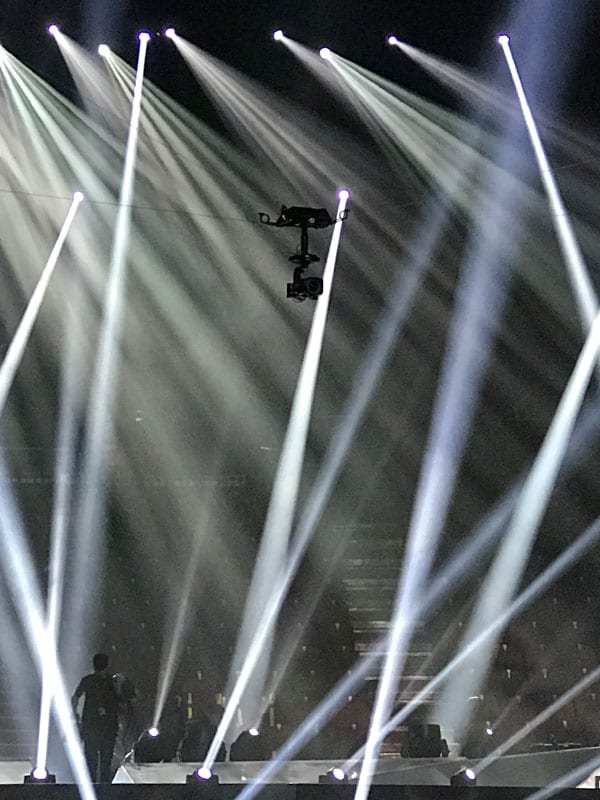