The “On The Run 2″ (OTRII) tour took place between June and October 2018 with Beyoncé and Jay-Z doing 48 shows together across Europe and North America. At these big arena concerts, there were 17 cameras broadcasting the performances onto big screens behind the artists. 4 of these were controlled by NEWTONs, supplied by RailCam Robotic Systems, Rail Tracking Systems and Spidercam GmbH.

The cameras were mainly Grass Valley, a few Panasonic, and 5 of the 17 were remote controlled by stabilized heads, provided and operated by Railcam Robotic Systems, Rick Compeau and Brian Shield. “We are taking camera tracking systems that are typically used in live TV shows and making them road ready to do a concert tour, night after night, in all weather” Shield explained. “As the tour world grows bigger and bigger these screens are getting better and better so the visual quality has to be really good” noted Compeau. The stabilized heads they provided consisted of one Stab C, sliding in front of the center stage and 4 NEWTONs.

One NEWTON was located on the mobile center stage and followed the stage as it was elevated and travelled over the audience. Camera stabilization was necessary here because of the movement but also because of the powerful PA system and the bounce of the dancing performers.

Two NEWTONs were following the artists along the runways on telescopic tower-rails, manufactured by Rail Tracking Systems (RTS).

One NEWTON encircled the performers on a Spidercam Light 3D cable cam system. “Spidercam is a huge part of our show, it gets some amazing shots” commented Video Crew Chief, Ray Wszolek.

The NEWTONs proved reliable and were highly appreciated by the crew handling them. For example, the NEWTON camera cage saved a lot of time rigging, since the camera packages were stored balanced with the cages, and then could quickly be snapped on and off at each show, without balancing and tuning every time.

The touring production consisted of 60 trucks of gear as well as 24 buses for the artists and 240 people in the crew. With a stage 60 meters wide and 27 meters tall, on the highest point, it took them 3 days to build it on each location. At the back of the stage there were a 14 x 58-meter wall of video monitors which could slide outward and reveal a 5 x 4 grid of bays where performers could stand. From the main stage, 2 parallel 52-meter runways led out among the audience and the 20 x 5-meter center stage could raise into the air and slide out on top of the runways. This sliding bridge was developed especially for the tour and the whole stage solution provided Beyoncé, Jay-Z and the 16 dancers much freedom to move around the arena during the shows. 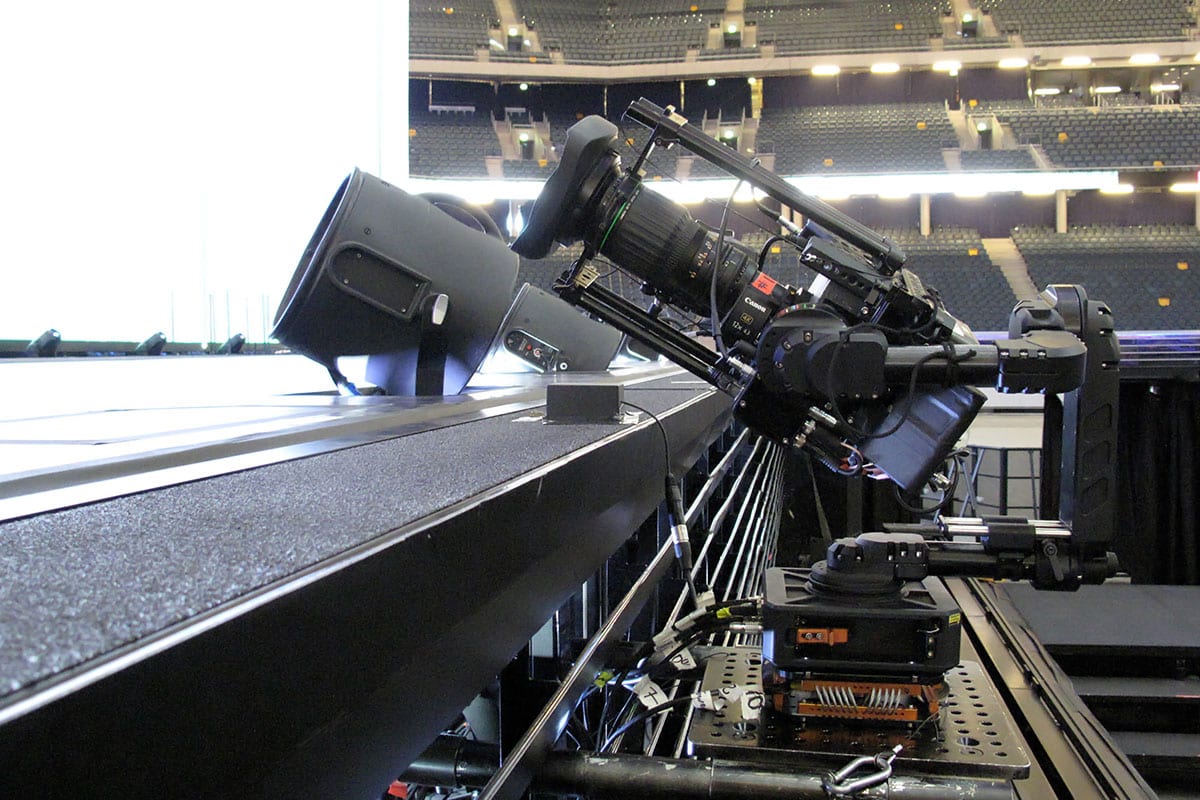 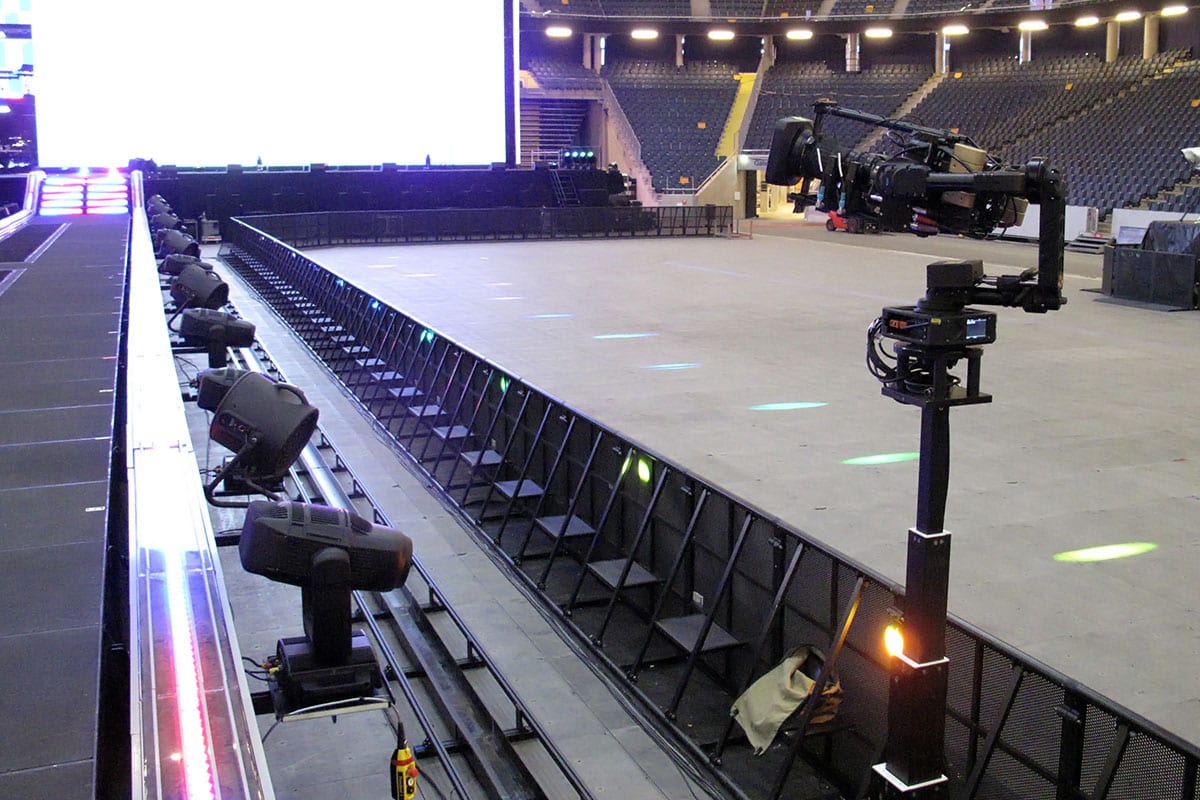 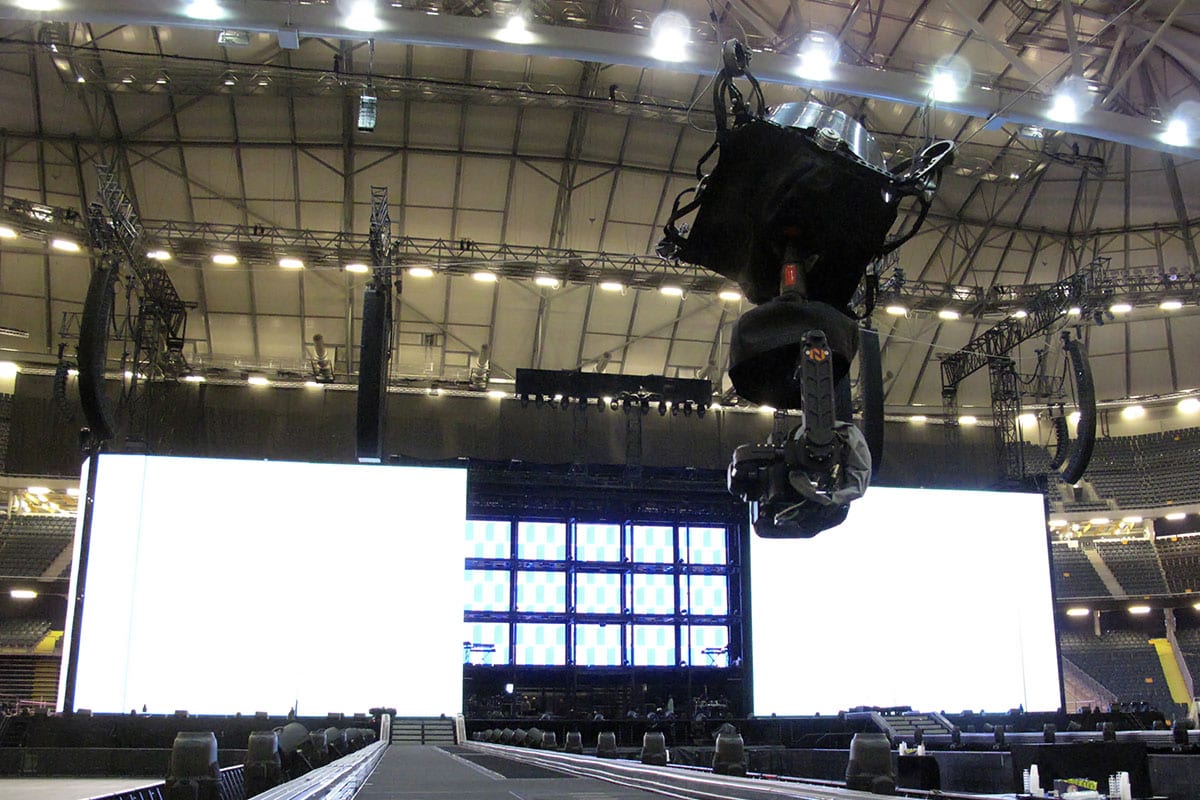 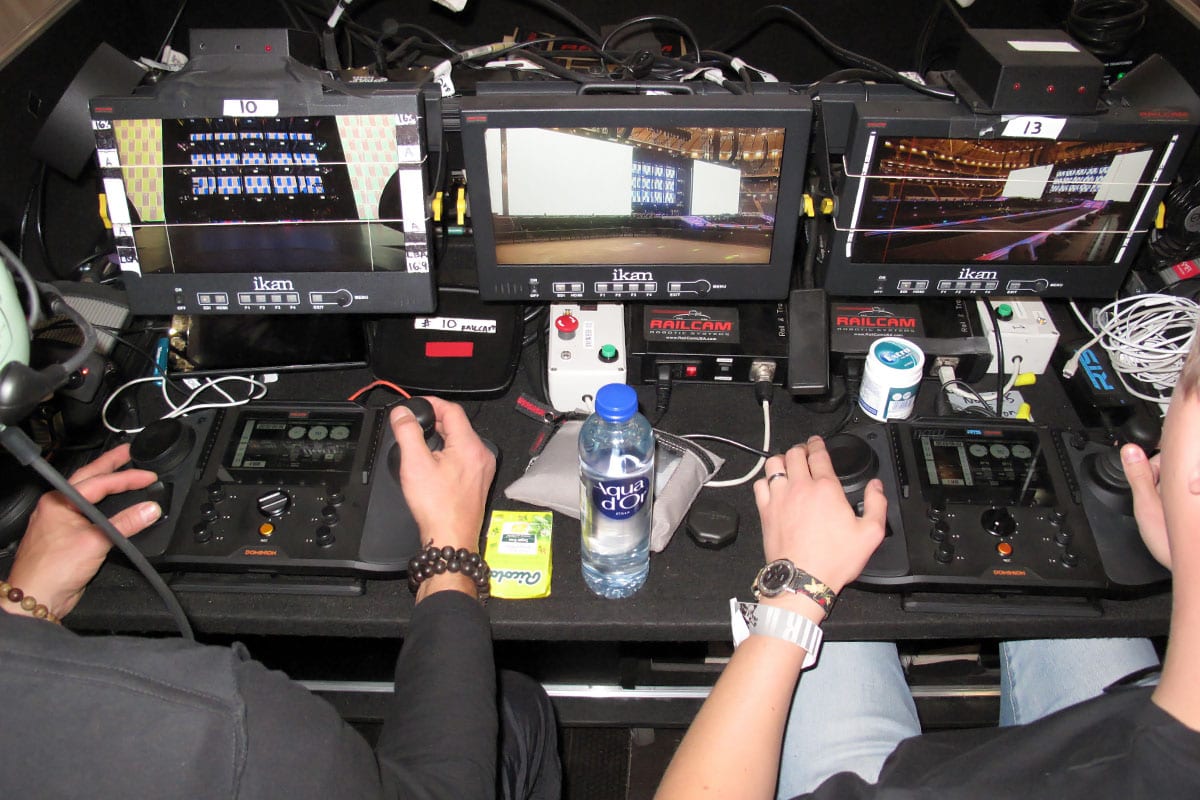