For its reliability and compact form factor, a NEWTON system is moving over the stage at the live TV broadcast of the Academy Awards, controlling a Sony 4K camera.

American service provider RailCam Robotic Systems, has since 2017 supplied a SpeedWinch dolly system to the broadcast production of these prestigious events. The SpeedWinch, created by German company RTS, is hung above the stage and vertically moves a remote TV camera up to 6 meters/second. Although its specialty is to provide dynamically moving shots for the TV broadcast, the SpeedWinch also allows a camera to get on and off the center stage in seconds.  For the Academy Awards this is particularly helpful with getting into position as a house reverse shot, that captures the face of the winners just as they receive the award, with the audience in the background, and then disappearing just in time to cut back to the cameras in front of the stage. These camera angles are also interesting for the photographers of the Academy, who next to the remote-controlled TV camera, also mount 2 Nikon DSLR cameras on the SpeedWinch.

The 2020 Oscars was the second year for RailCam to use a NEWTON system on the SpeedWinch for stabilization and remote control of the moving TV camera. Space has always been critical in the crowded fly loft above the stage in the Dolby theater and the NEWTON stabilized head was chosen as the smallest and most reliable option. “The NEWTON head has allowed us to cut over 100 lbs from our hanging payload. It’s so responsive, it’s like flying a new system” says Rick Compeau, dolly operator.

The camera to control was a Sony HDC-P43 4K camera with a Canon HJ14x4.3 lens and for this year RailCam Robotic Systems had acquired a NEWTON S2 with fiber optic slip ring, allowing for unlimited pan rotations in 4K broadcast. “This gives the operator one less thing to worry about and we purchased our third NEWTON system this year specifically for the use of the fiber optic slip ring on our overhead systems” says Brian Sheid, technician at RailCam Robotic Systems.

RailCam has worked with the NEWTON camera system for several years now and has brought it on high profile live shows and concert tours spanning over America, Europe and Africa.

“The greatest part about the NEWTON head is its reliability. We’ve taken them out on concert tours night after night for months, and they always perform. The onboard batteries and wireless control serve as a great backup to our hardwire cables.  When it comes to a live show like this, it’s my number one choice” says Brian Sheid.

The Academy Awards is the film industry’s most prestigious event and is broadcast in February from the Dolby Theater in Hollywood, USA. In 2019, it was the 91th time for the best people in cinematography to be awarded with “Oscars”. The event usually recieve 30 million live viewers in USA but is also broadcast live around the world. 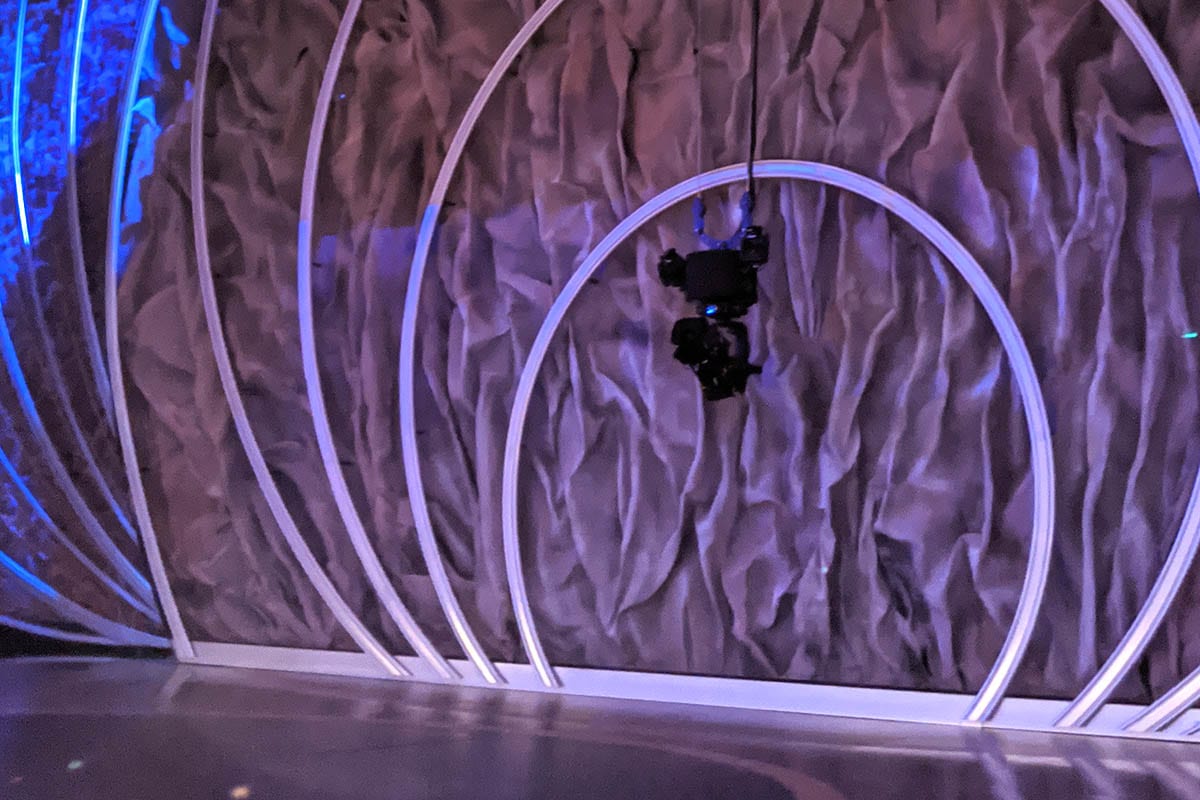 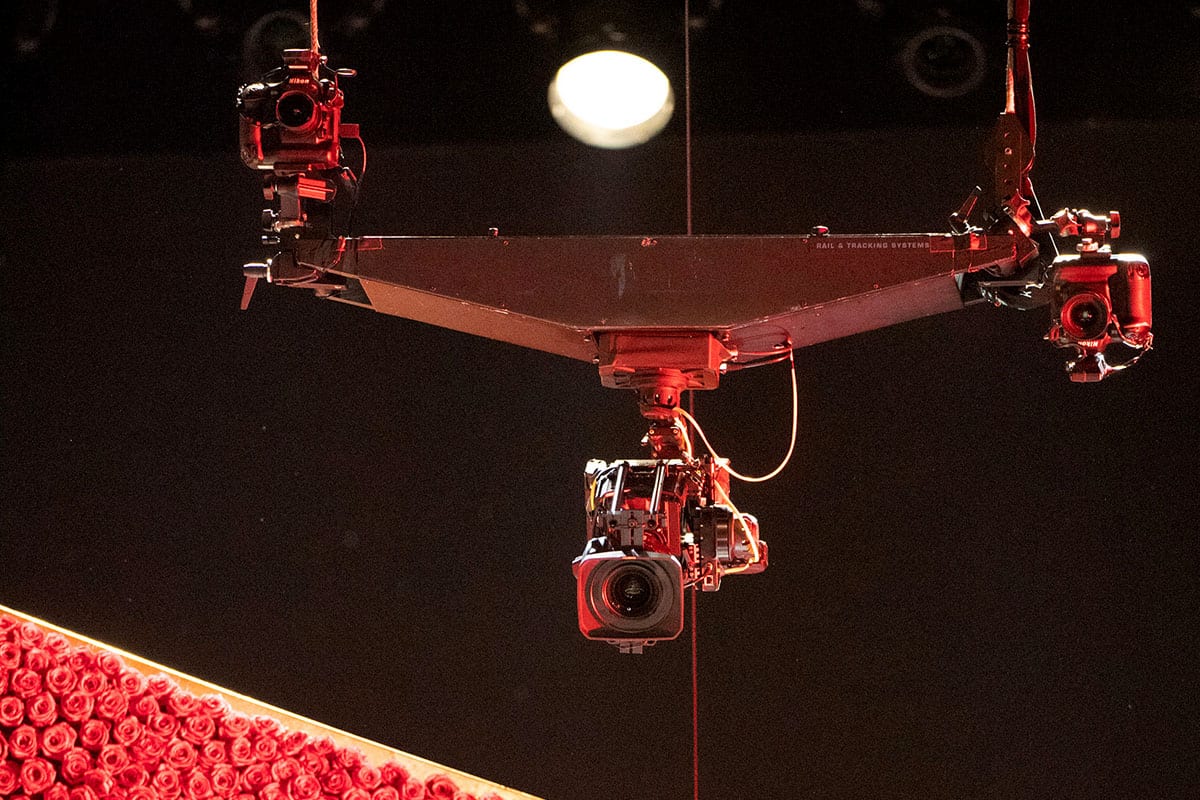 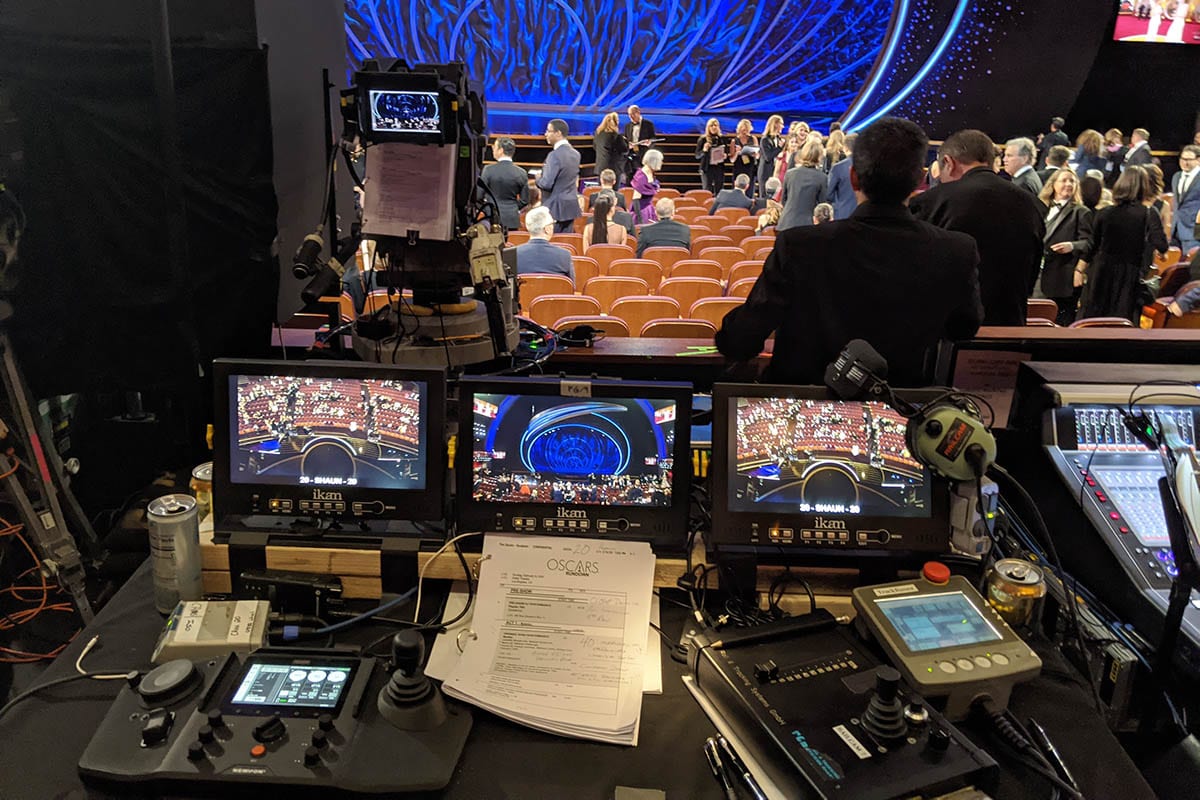 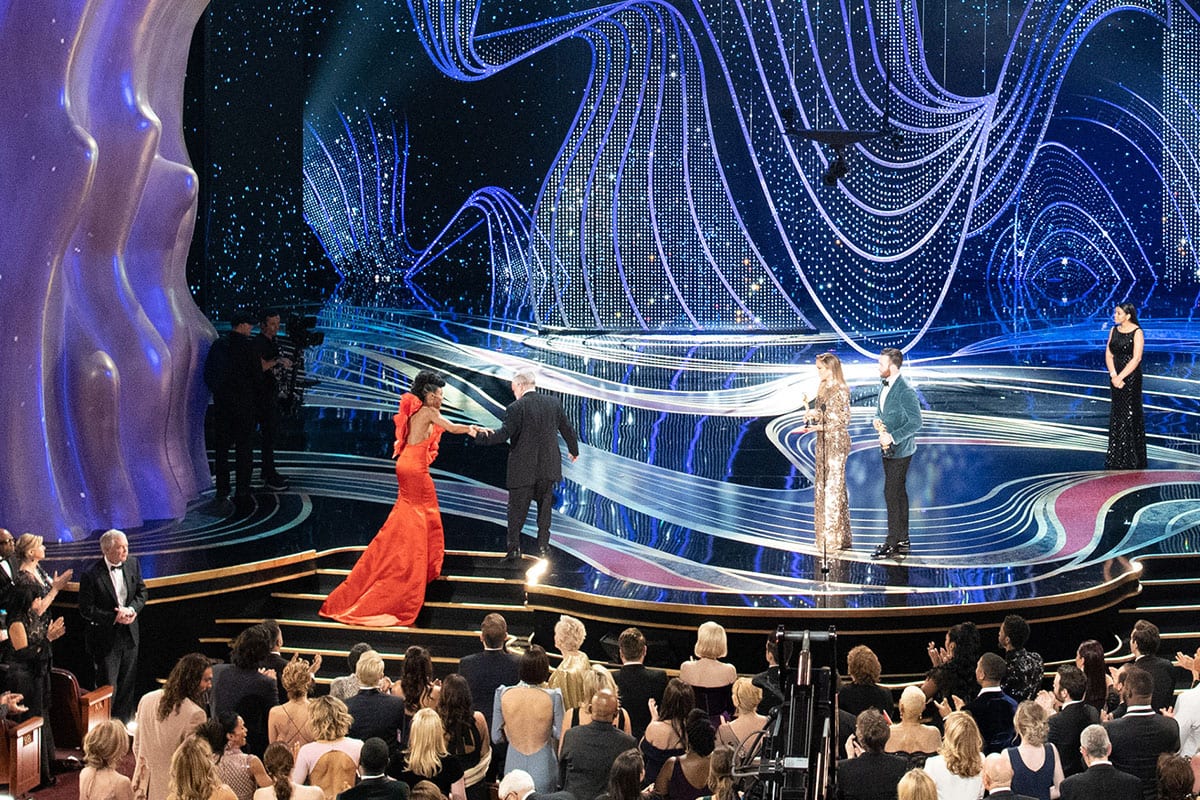 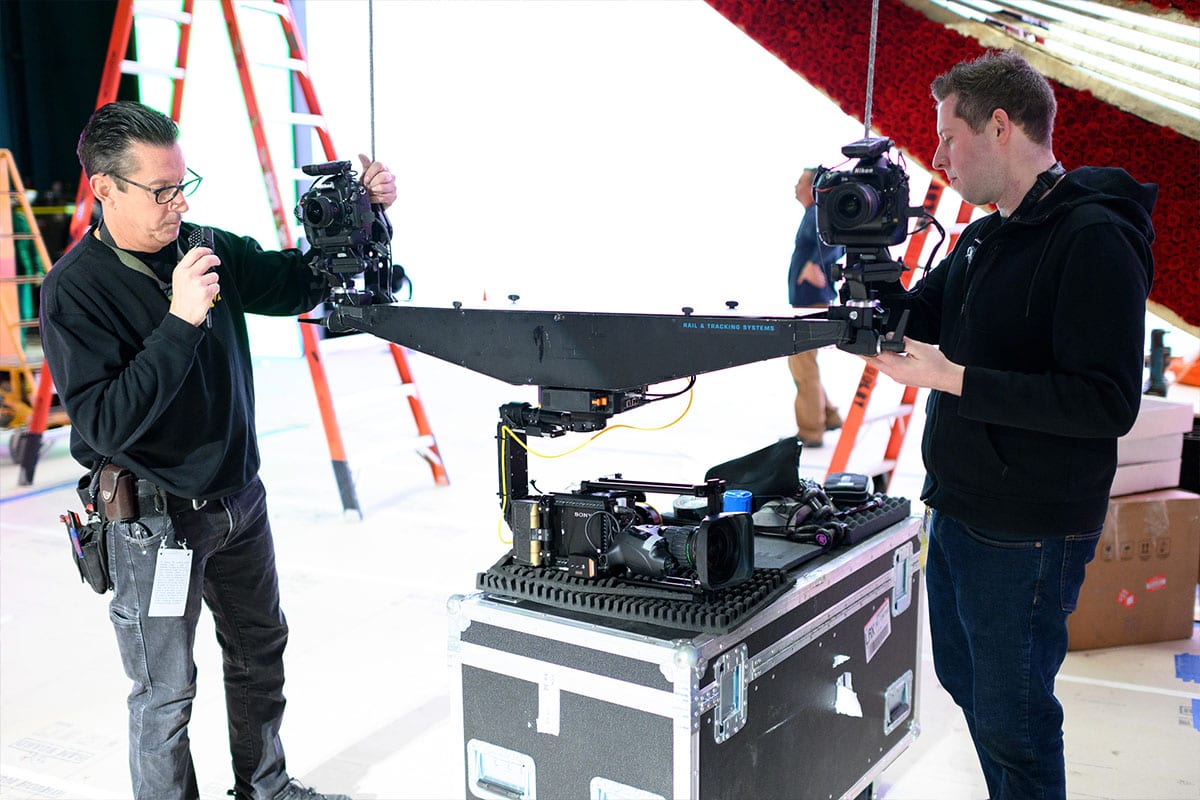 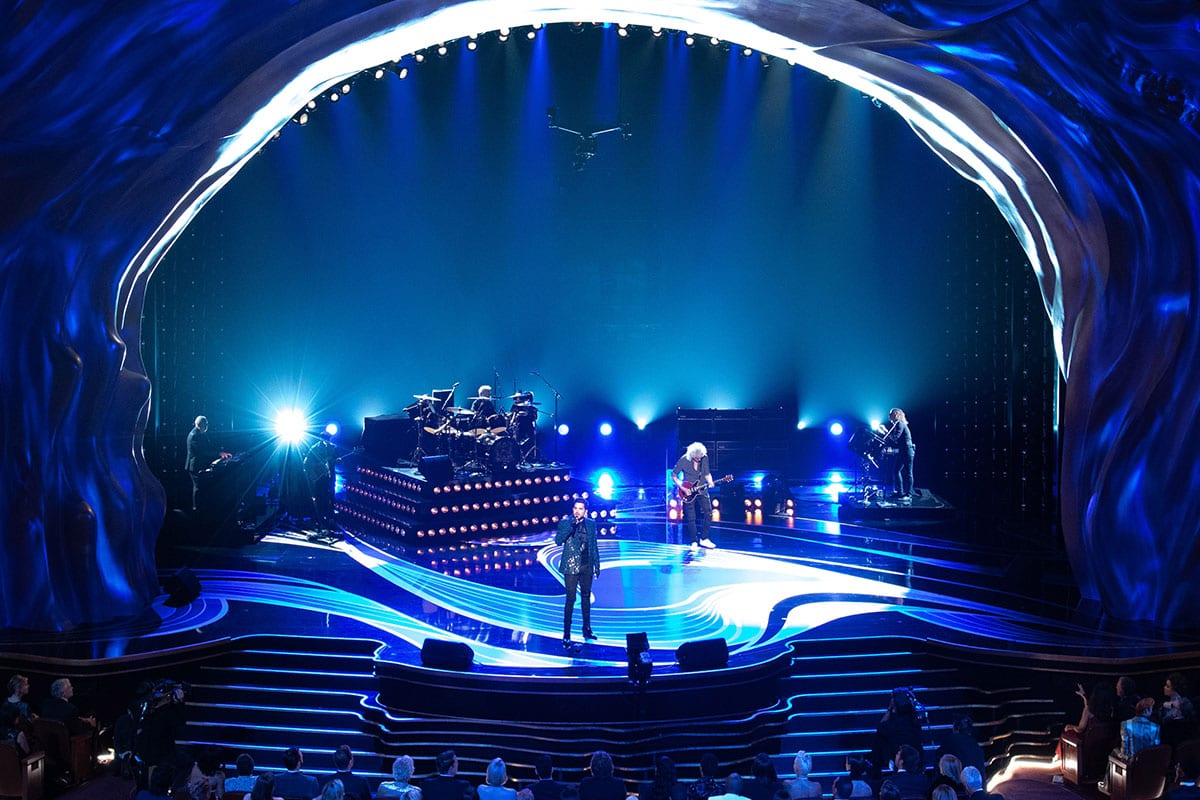 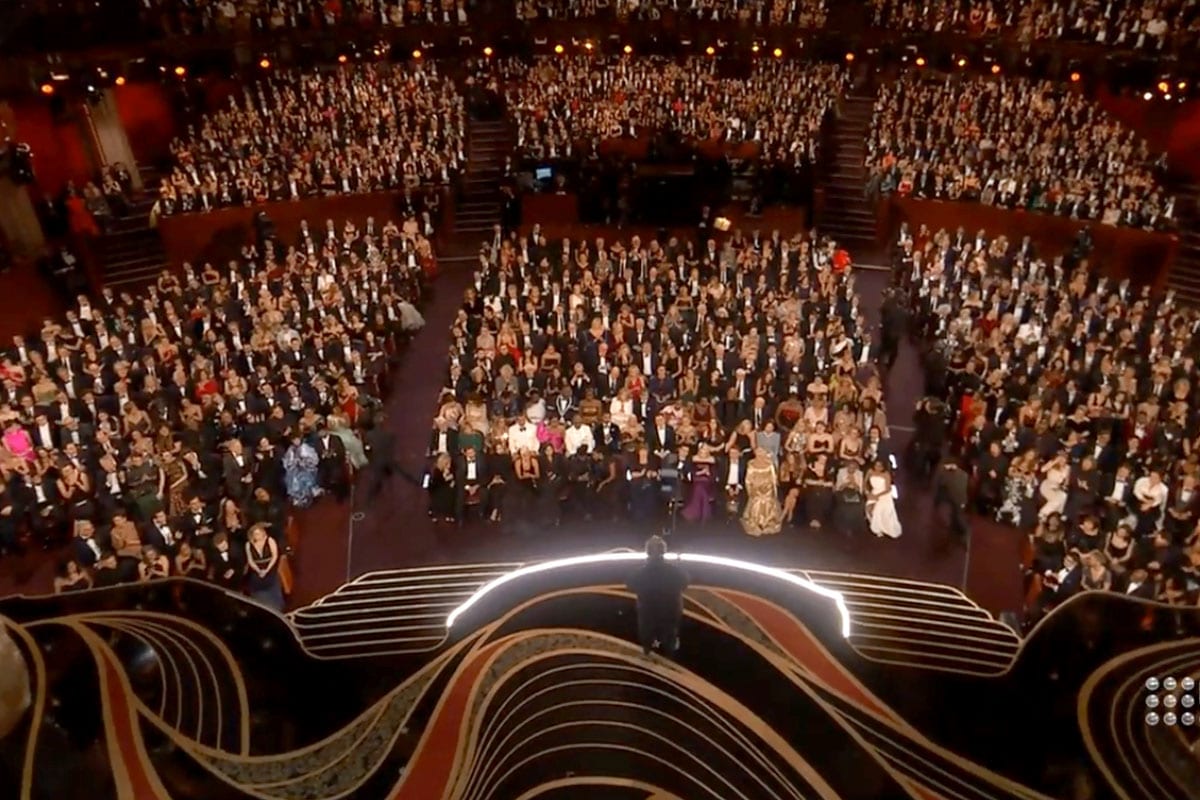