NEWTON on Spidercam light at Gamescom

To add new moving camera shots to the live stream of the Gamescom 2019 events, Spidercam GmbH and their 3D cable cam system Spidercam Light was brought into the TV production. Spidercam Light is the compact system developed for indoor studios where the vertical space is limited and as most of Spidercam’s systems, it features a NEWTON S2 stabilized remote head by Newton Nordic. The Spidercam system with its winches was installed in the Event Arena (Hall 11.3) and was complemented by a few cameramen with tripods and shoulder cameras. During 6 days and approx. 9 hours per day, the Spidercam travelled around 50 x 50 meters over the 1500 seats of the audience and shot talks, music performances and on-stage gaming for the live stream.

The broadcast at Gamescom was managed by Simon Eicher, Executive Producer and Director of Broadcast at ESL, formerly known as Electronic Sports League, which is the world’s largest esports company. See the 2 min video from behind the scenes where for example Simon explains how they use the Augmented Reality support of the NEWTON head to make travelling shots through AR graphics with the Spidercam Light.

Gamescom is the world’s largest gaming event, and in 2019 it was held 19 – 24 August in Cologne, Germany, hosting 373,000 visitors, 1055 exhibitors from 56 countries in an area of 218,000 square meters. Gamescom is used by many video game developers to exhibit upcoming games and game-related hardware but it also hosts gaming competitions, shows, awards, cosplay etc. See more at Gamescom Global. 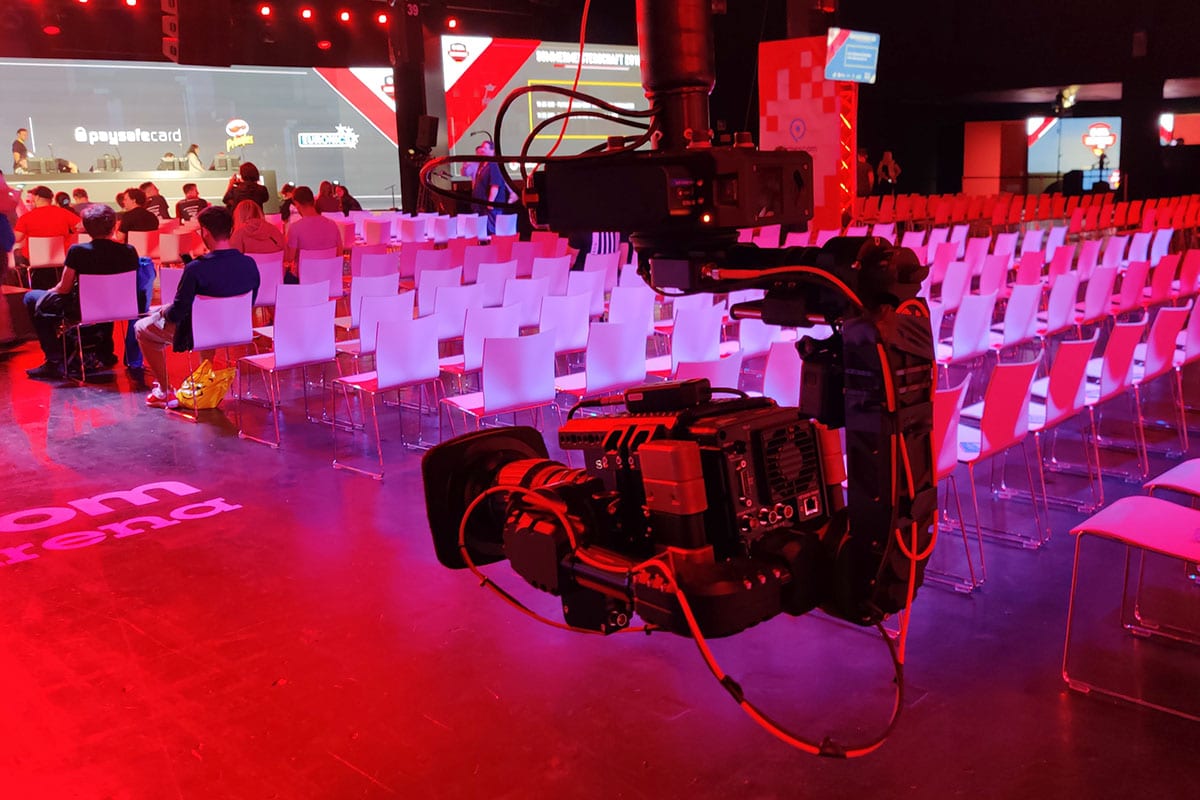 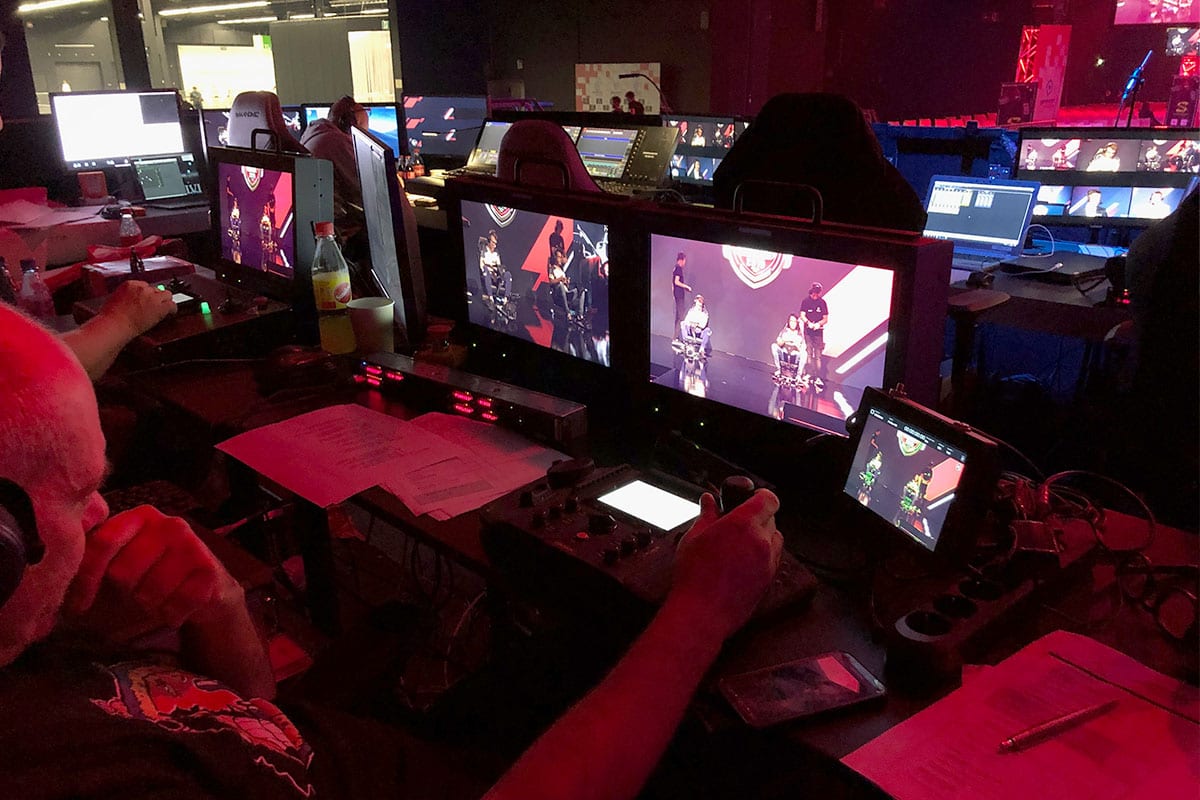