This years Billboard Awards hosted 2 long telescopic camera cranes with NEWTON stabilized remote heads. Both were controlling Sony P43 4K cameras with Fujinon lenses and both also featured a teleprompter. In the top photo you see the NEWTON S2 Fiber which was mounted on a 50′ Technocrane in front of the stage inside Microsoft Theater.

In front of the outdoor stage, a NEWTON S1 was instead paired with a mighty 73’ Hydrascope crane from Chapman/Leonard and this setup created fast moving shots with a lot of reach above the live audience.

At Microsoft Theater in Los Angeles 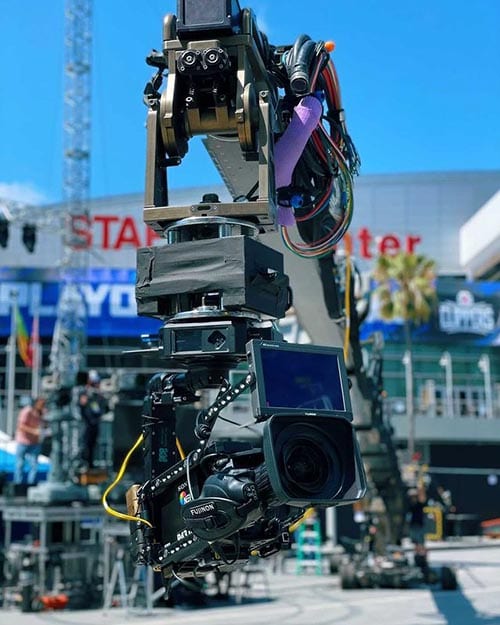 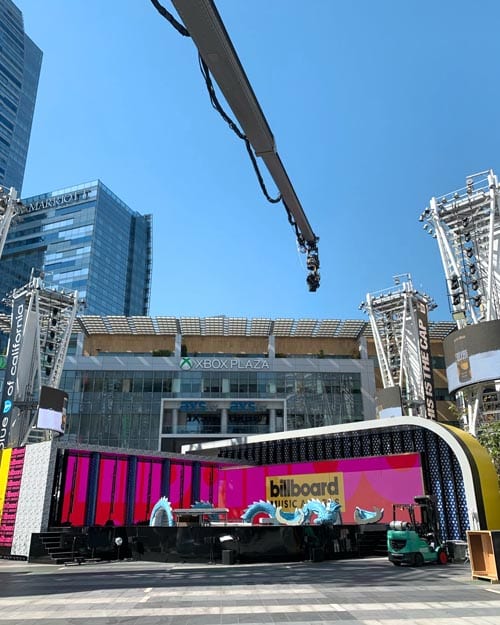 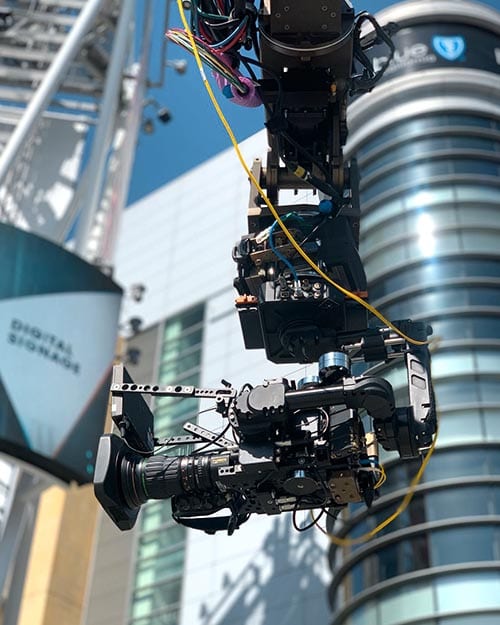