a location TOO CONGESTED FOR A HELICOPTER​

Helicopter Film Services (HFS), is an international supplier of aerial cinematography and is recognised as Europe’s premier professional cinema drone provider for motion picture applications. For their assignment in Spectre, they flew their AERIGON drone in central London, equipped with a RED Dragon camera and a Carl Zeiss Master Prime lens, capturing Bond racing up a fire escape above the rooftops near Trafalgar Square. The scene was shot at night and due to the congested area they had to obtain special permission from the Civil Aviation Authority (CAA). HFS also provide helicopter photography but the drone proved much more suitable for this scene because of all the buildings nearby. “This shot could only have been filmed from the AERIGON,” said Jeremy Braben, aerial DP and founder of HFS. “The AERIGON allowed us to get close to the action, at night, in a restricted part of the city.”

Spectre is the twenty-fourth film in the James Bond film series produced by Eon Productions for Metro-Goldwyn-Mayer and Columbia Pictures. It is Daniel Craig’s fourth performance as James Bond, and the second film in the series directed by Sam Mendes following Skyfall. The story sees Bond pitted against the global criminal organisation Spectre and their leader played by Christoph Waltz. Spectre grossed over $880 million worldwide, making it the sixth-highest-grossing film of 2015. 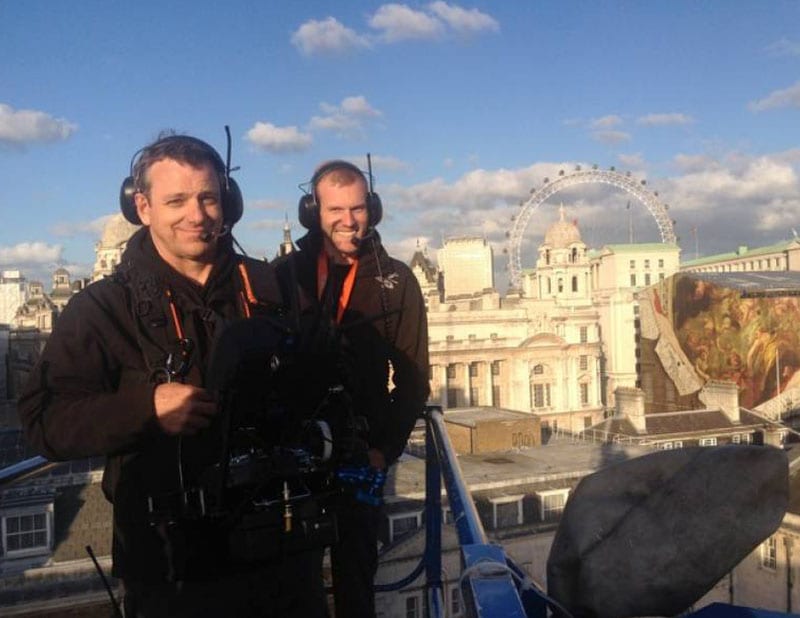 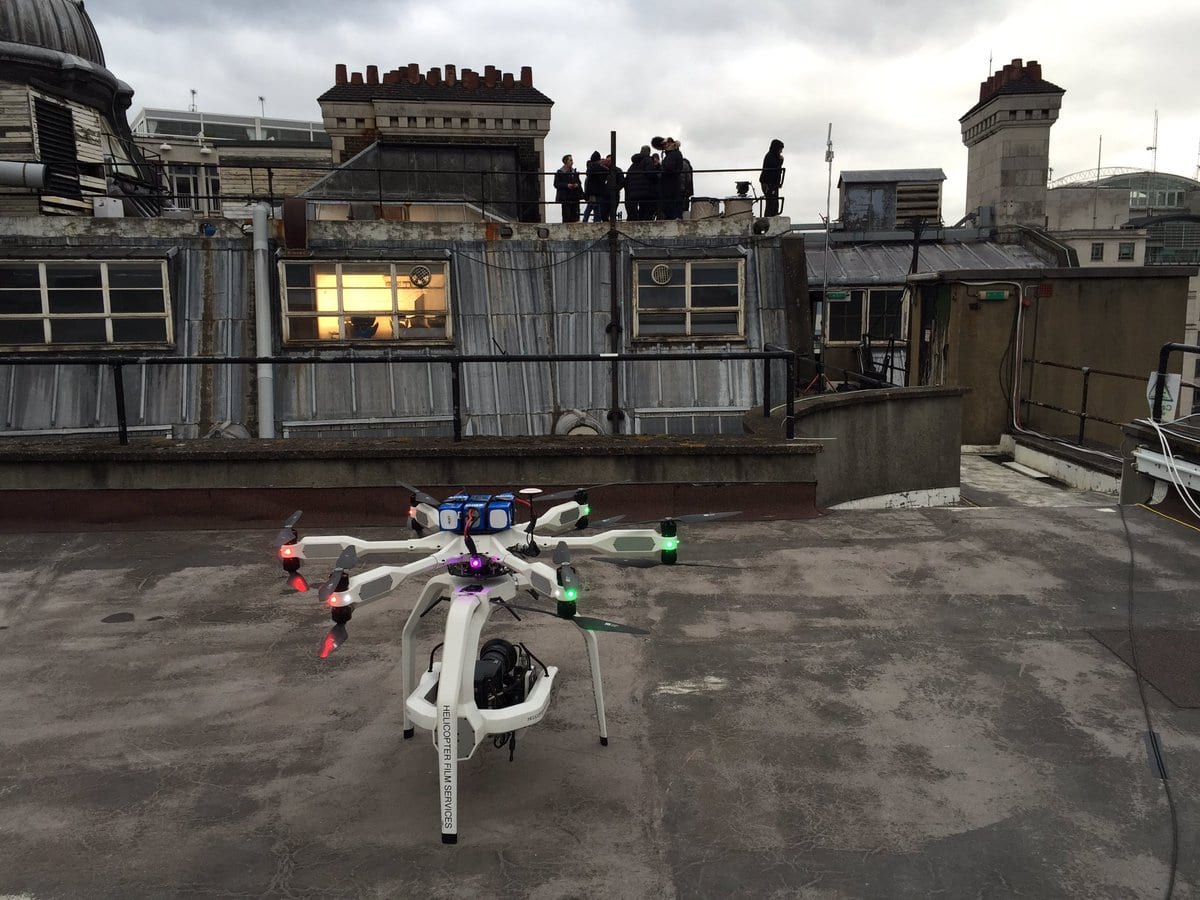