Shots only a drone could do

The Hollywood blockbuster was primarily shot at Shepperton Studios in Surrey, England, with additional footage filmed in Italy, South Korea, Bangladesh, New York City, and various locations around England. While in post production, the film was converted to 3D and over 3,000 visual effects shots were added.

To capture scenes in a town before and after its destruction a three-person crew at Helicopter Film Services (HFS) brought their AERIGON drone to Hendon, near London, for ten days of filming. Mounted on the AERIGON drone was a RED Dragon camera which swapped between Angenieux Optimo 15-40 mm zoom, Zeiss lightweight LWZ 14.5-45 mm and Zeiss Master Anamorphic Prime lenses.

In the semi built town with added green screens, HFS shot aerial view plates which later was used by the VFX team to build up a 3D model of the town and the camera was aimed to cover off the set in tiles, so the plates would cover more space than the camera’s field of view. There were many aspects of the production to take into consideration and HFS received instructions from several people: Joss Whedon, the director; John Mahaffie, the second unit director; Ben Davis, the DP and the VFX supervisors. “We could be working to the directions of three different people, all on the same day,” says Jeremy Braben, Aerial DP and founder of HFS. “That made time in the air a premium during production.”

According to Braben there are a lot of reasons why they use the AERIGON drone for these kinds of assignments. “There were shots that we could only do with the AERIGON. For one shot, we flew it from the top of a building, passed it through a portico, and brought it out the other side. You can’t really do that with a wire cam.” Braben continues: “Drones can leap about, but the AERIGON is the most stable drone we’ve seen without depending on post-stabilization. There isn’t the buzz or vibration with the AERIGON gimbal. It’s when we add a zoom lens to the camera, that the AERIGON becomes the only cinema drone capable of doing the job. The weight shift of adding one of these lenses to the camera doesn’t affect the balance. With the AERIGON we can choose lenses that fit, are light, and that productions like.”

The Red camera on AERIGON delivered a direct video feed into the VFX pipeline of Industrial Light & Magic and Christopher Townsend, Production VFX Supervisor on the film, was also satisfied with AERIGON on the set. “The Aerigon drone was able to fly at lower altitude than the helicopter, giving us more dramatic sweeping camera moves than we’d have been able to get otherwise. It was quick and efficient to get it flying, with real-time visual feedback. The resulting footage was great, stable, and clean, which was an absolute necessity as we were using it as background plates, into which we added CG VFX elements.”

Avengers: Age of Ultron is a 2015 superhero film produced by Marvel Studios and it is the eleventh film in the Marvel Cinematic Universe. The film was written as well as directed by Joss Whedon and features a star-studded cast including Robert Downey Jr., Chris Hemsworth, Mark Ruffalo, Chris Evans, Scarlett Johansson, and Samuel L. Jackson. Avengers: Age of Ultron is a sequel to 2012’s The Avengers and in this film the superhero team fight Ultron, an artificial intelligence obsessed with causing human extinction. 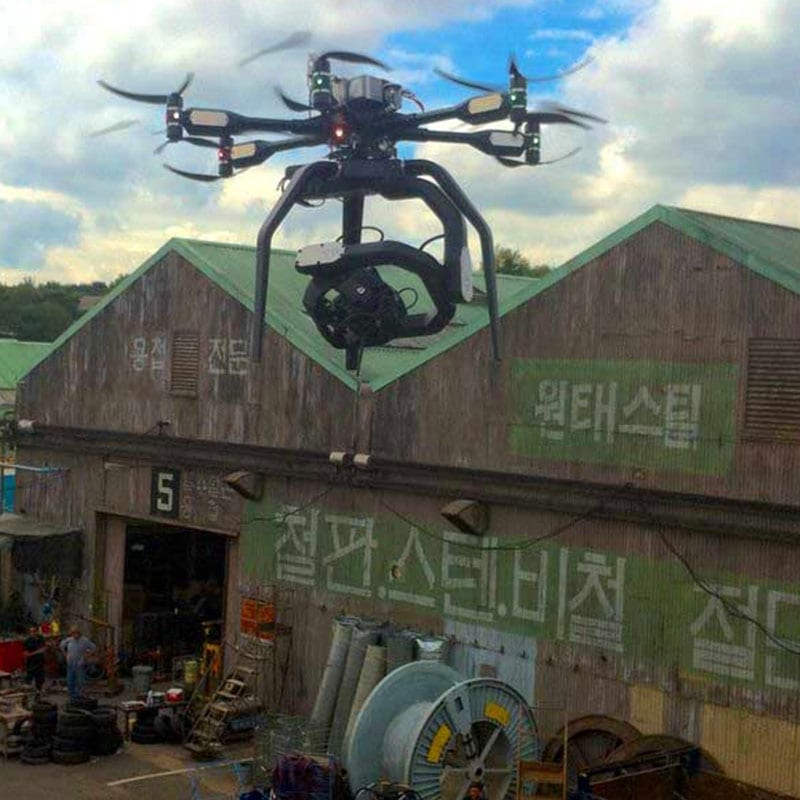 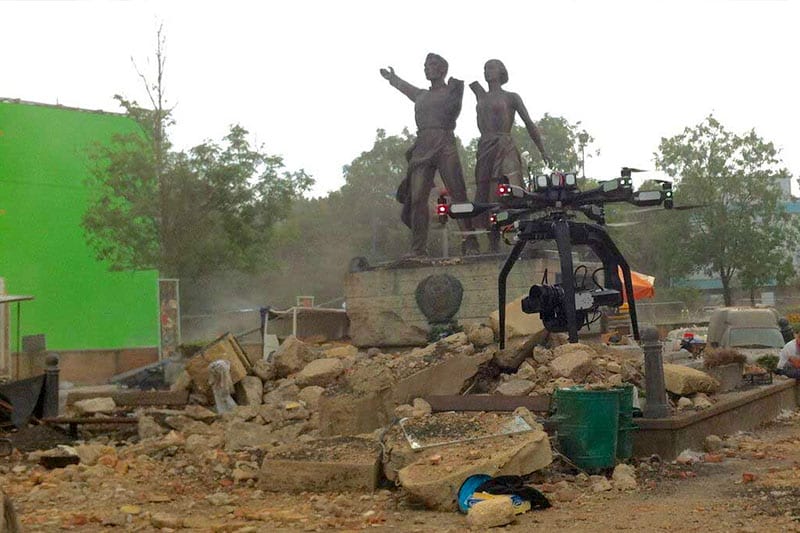 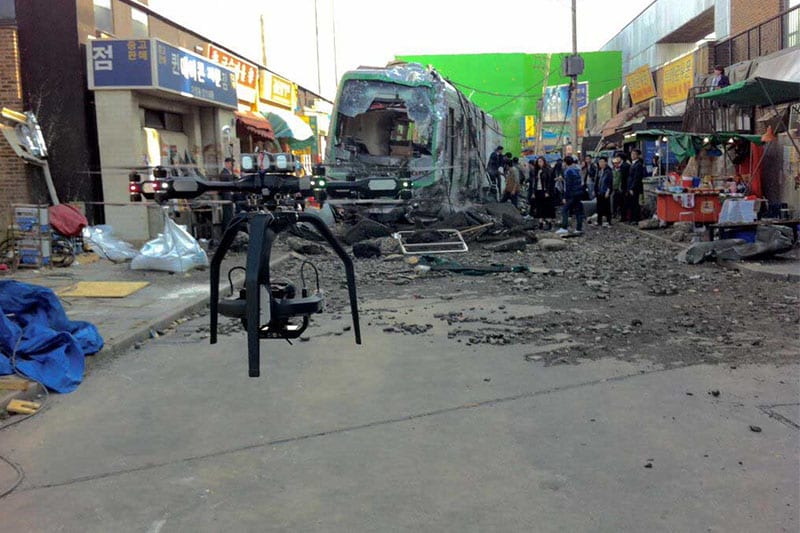