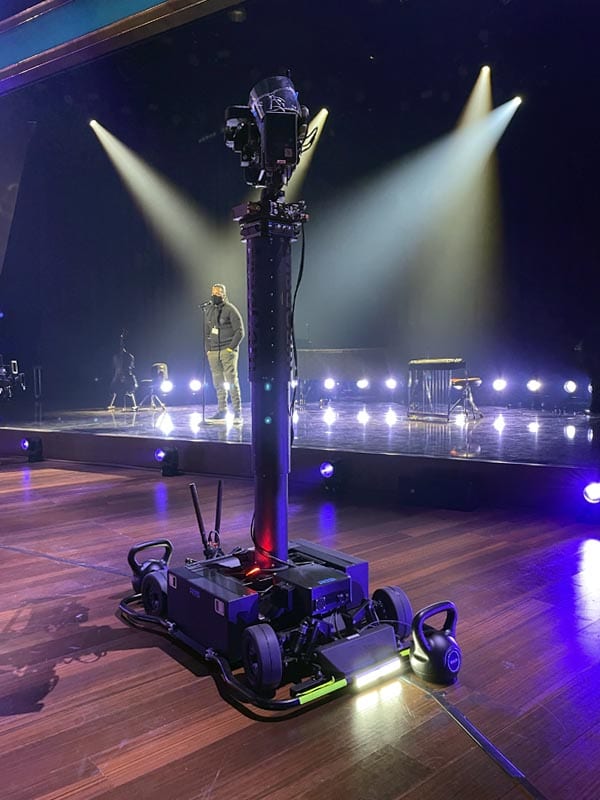 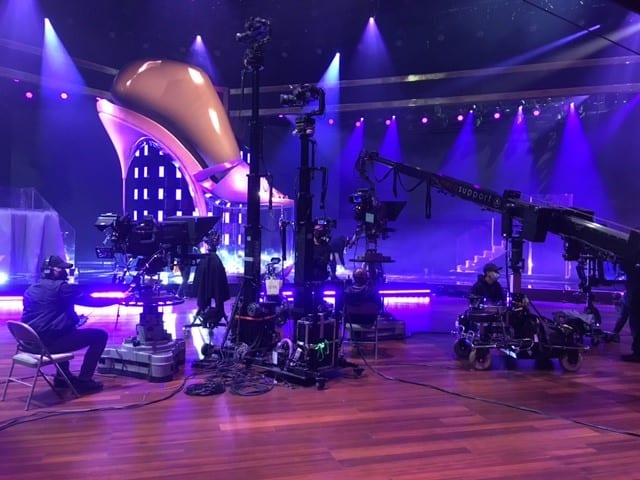 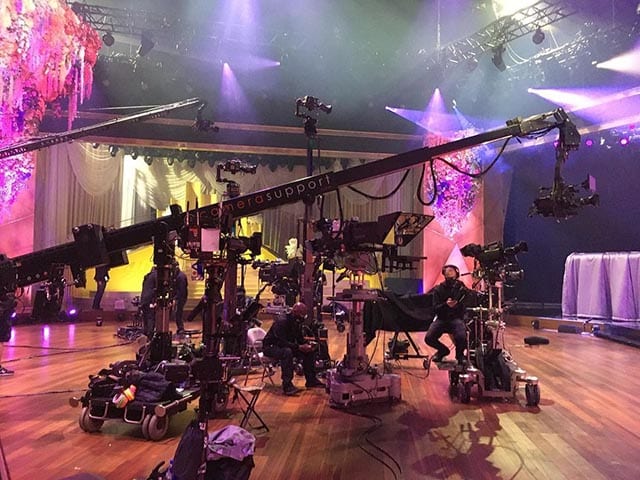 For the TV broadcast of the Grammy Awards last Sunday, RailCam Robotic Systems premiered the new RTS MagCam paired with a NEWTON stabilized camera head. The MagCam is a remote-controlled wheeled dolly with telescopic tower, that follows a magnetic tape line on the floor. This tape can be attached or adjusted in seconds and this allows for very quick and agile installs of remote TV cameras with repeatable moves.

The 63rd Annual Grammy Awards ceremony was held in Los Angeles on 14 March and the three-and-a-half-hour show was hosted by comedian Trevor Noah. The show involved five equally sized stages arranged in a circle facing inwards, with one of the stages for presenters and the other four for performers. The TV production crew worked from the center of the circular set and as soon as one performance ended, the next stage became active. Due to Covid-19 the show was a mix of live and pre-recorded performances, since a fully live show would involve too many crew members, but the whole show was made to feel entirely live.

WORLD PREMIERE FOR THE MAGCAM

RailCam Robotic Systems are with their German partner Rail & Tracking Systems (RTS) acclaimed providers of moving camera systems to live TV events around the world. RailCam supplies RTS manufactured telescopic rail systems in the US and for example recently, they supplied 4 RTS systems with NEWTON stabilized camera systems to the Super Bowl halftime show with The Weeknd. At the 63rd Grammy Awards Railcam made world premiere for a new remote camera dolly from RTS, the MagCam.

The RTS MagCam is a wireless remote-controlled wheeled dolly with telescopic tower, that follows a thin magnetic tape line adhered to the floor. This tape can be attached or adjusted in seconds which allows for quick and safe installs of repeatable moves along a determined path that can be made in curves, straights, circles and forks. If conditions change, it is also possible to switch to free-running mode and steer away from the magnetic path.

The MagCam proved very practical on the Grammy set. Brian Sheid at RailCam explains: “There were a lot of cameras in a small room that needed to keep up with very quick stage changes. A dolly on rail tracks would have been too cumbersome and would have required many timely rebuilds, but with the MagCam, we just needed to tape a new strip on the floor in the path the director wanted.“

The MagCam system was operated by Dave Eastwood, who drove the dolly with foot pedals and controlled a Sony HCD-P50 camera and Canon HJ14x4.3 lens with a NEWTON stabilized camera system. Dave Eastwood also supplied 2 telescopic camera towers with NEWTON stabilized heads through his service company Fluid Pictures Inc and a 4th NEWTON system was provided by RailCam on a Chapman dolly.

The 4 NEWTONs used on the show all preformed wonderful and it’s always a pleasure to operate ours. This was my 25th year as camera operator on the Grammys and I wish the NEWTON camera system had been around all these years!

MORE ABOUT THE RTS MAGCAM

The MagCam remote dolly system is developed by RTS upon a chassis of the Agito by Motion Impossible. A NEWTON stabilized head on top ensures precise camera and lens control as well as unlimited pan in 4K broadcast. To make the whole system wireless, MagCam features a broadcast grade radio link for reliable control of dolly and head, as well as camera telemetry, audio and video signals up to 4K. The dolly is also equipped with emergency stop sensors and a surrounding protection frame, to comply with all applicable safety regulations for live TV and film productions. All in all, the MagCam introduces quick installs of agile, smooth, safe, discreet and silent moving cameras that meets the demands of the world’s top tier TV broadcast productions as well as camera operators. 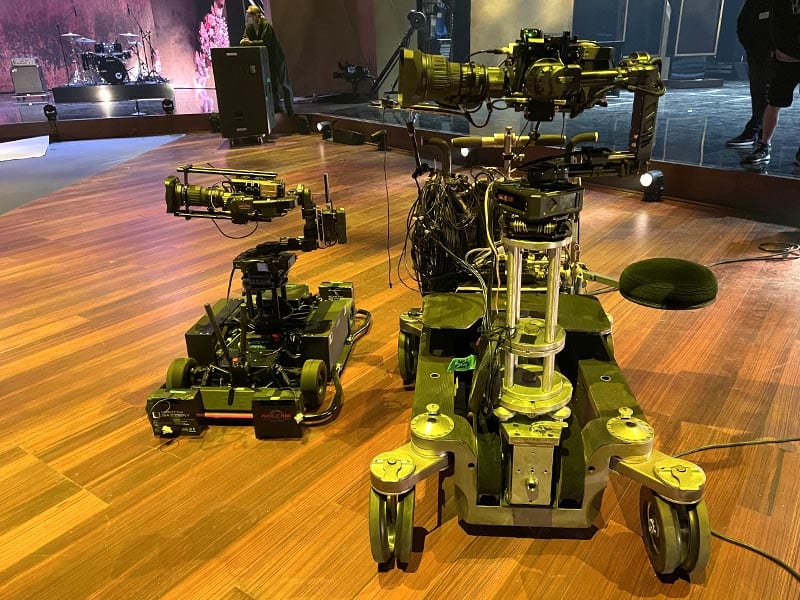 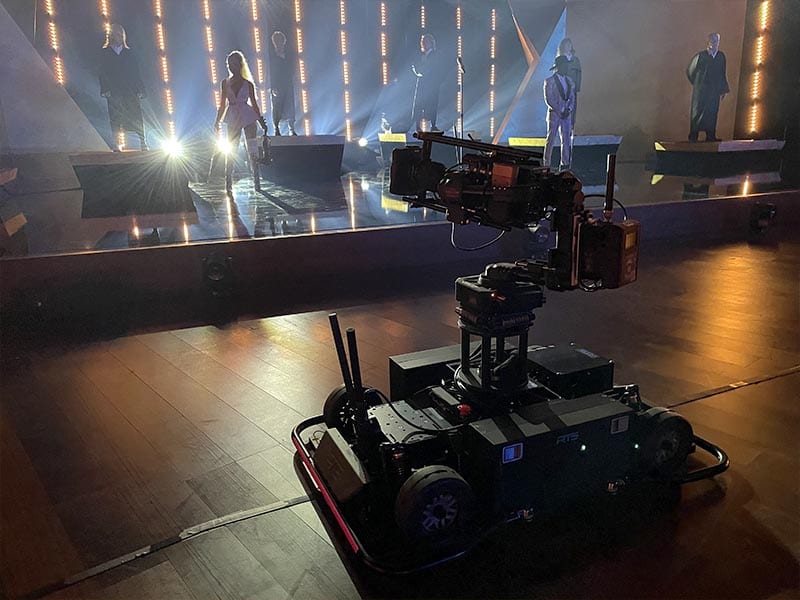 Moving discreetly along the tape line 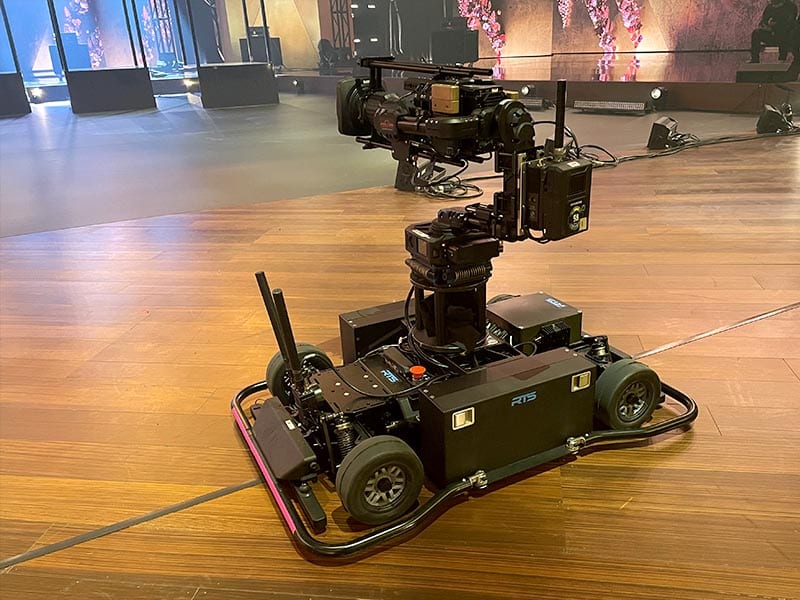 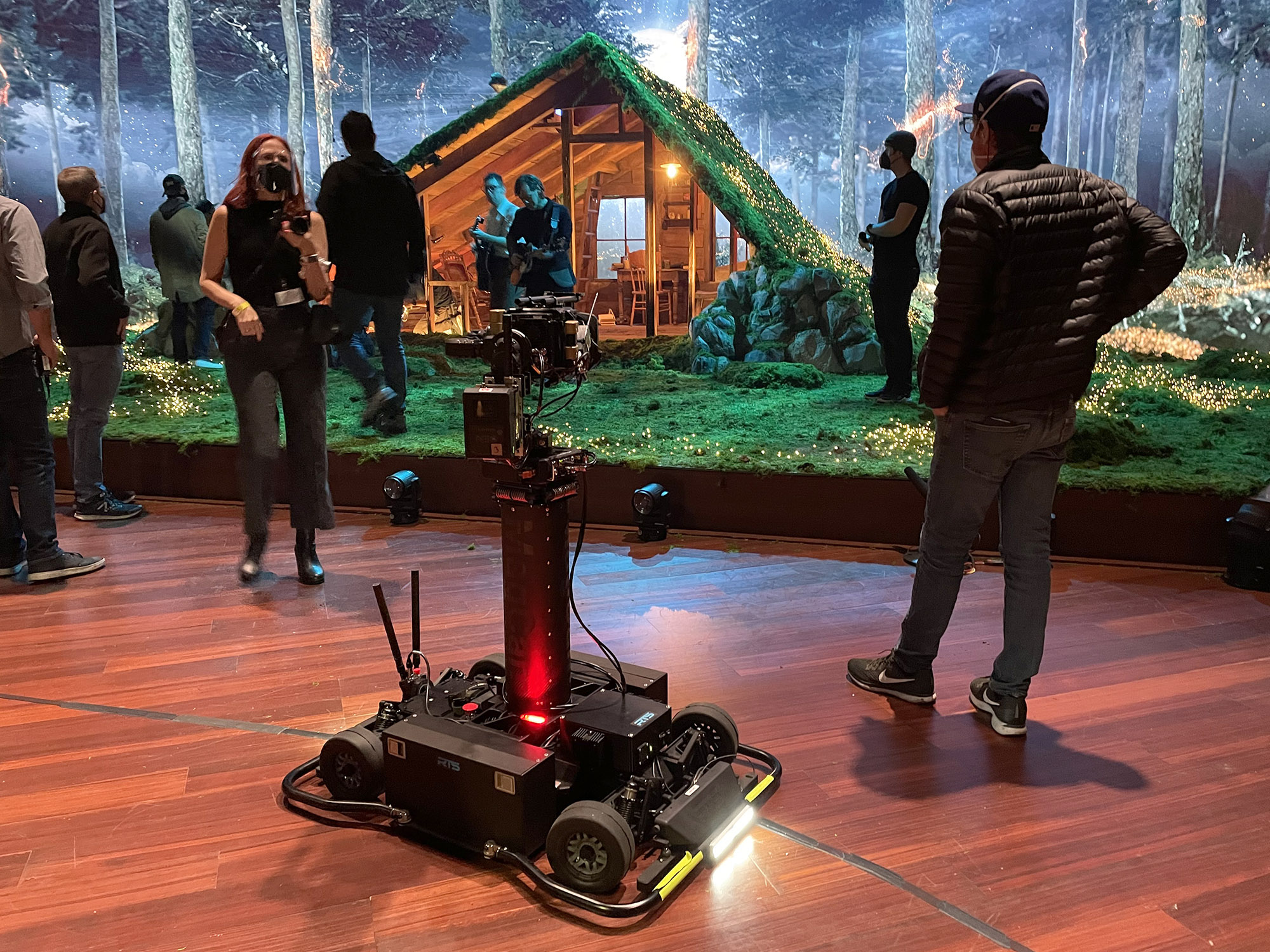 Behind the scenes at Dua Lipa’s Grammy performance.