About NEWTON ON 1D cable cam

1-dimensional or “point to point” cable cam systems let a camera to fly along a cable stretched between two anchor points and the motor of these systems is usually placed on the moving dolly. 1D cable cam systems are becoming popular across arenas for live broadcast of sports and stage performances but also outside along for example cross-country skiing tracks. Cablecam is also heavily used in film production, in situations where it proves more secure and practical than a drone.

With a cable cam system such as DEFY Dactylcam, operators can transport a TV camera up to 1000 meters and with the unlimited pan of the NEWTON stabilized head, the camera can travel above the action and gather footage on all sides. With for example a 14 x zoom lens on the camera, this footage can cover a lot of ground. The gyro-stabilization of the NEWTON head stabilizes the natural sway of the cable dolly and allows the cable cam system create long smooth dolly and tracking shots at live broadcast. The motor/joint configuration of NEWTON enables 3-axis stabilization in all angles without gimbal lock, even during straight look down.

On a 1D cable cam system it is most common for all communication between operator and rig to be wireless and it is important to have it on a reliable frequency if among a crowd of people. NEWTON can be integrated with most broadcast ready wireless control links through serial data connection and power feed from the NEWTON batteries. Wireless video links are also easily integrated.

The DEFY Dactylcam with NEWTON only requires one operator, with hand controls for the camera package and foot pedals for the cable dolly. This setup enables steady and controlled movement up to 60 km/h with smooth transitions and enough battery power to last up to 10 hours. With silent performance and settings for max speed, end points etc., the DEFY Dactylcam with NEWTON stabilized head is probably the most common 1D cable cam system for top tier live TV broadcast. 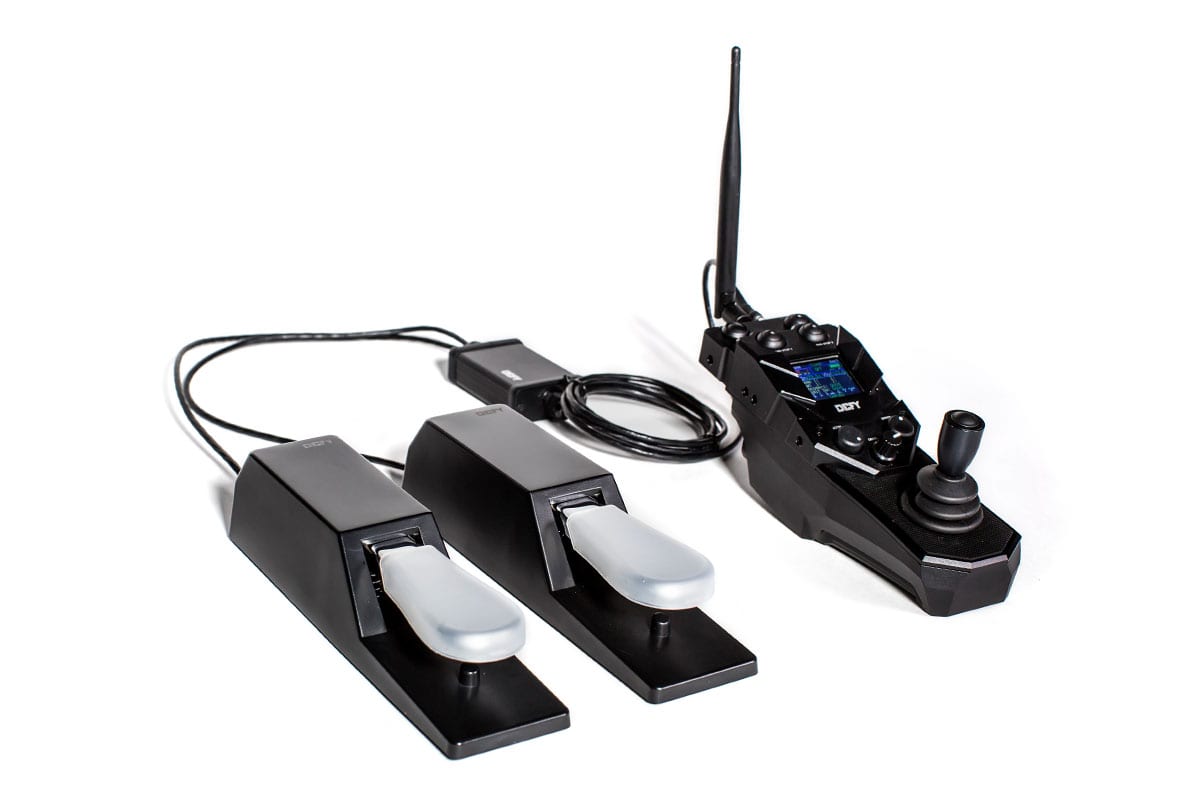 We sell NEWTON S2 stabilized camera control systems for your existing cable cam systems but also complete systems with DEFY Products. We can also direct you to our customers if you would like to rent our products.

I will say that the NEWTON has allowed us to provide a superior product and to stay within reasonable rigging tensions, making our cable cam system a very safe installation on set. Furthermore, the NEWTON head and its controller have great integration with cameras and lenses both for cinema and broadcast purposes.  The robust motors in the head can handle our 20+ lb payload going 65+ mph when tracking motorcycles and the sensitivity of the NEWTON controller’s one of the best controllers I’ve had my hands on.